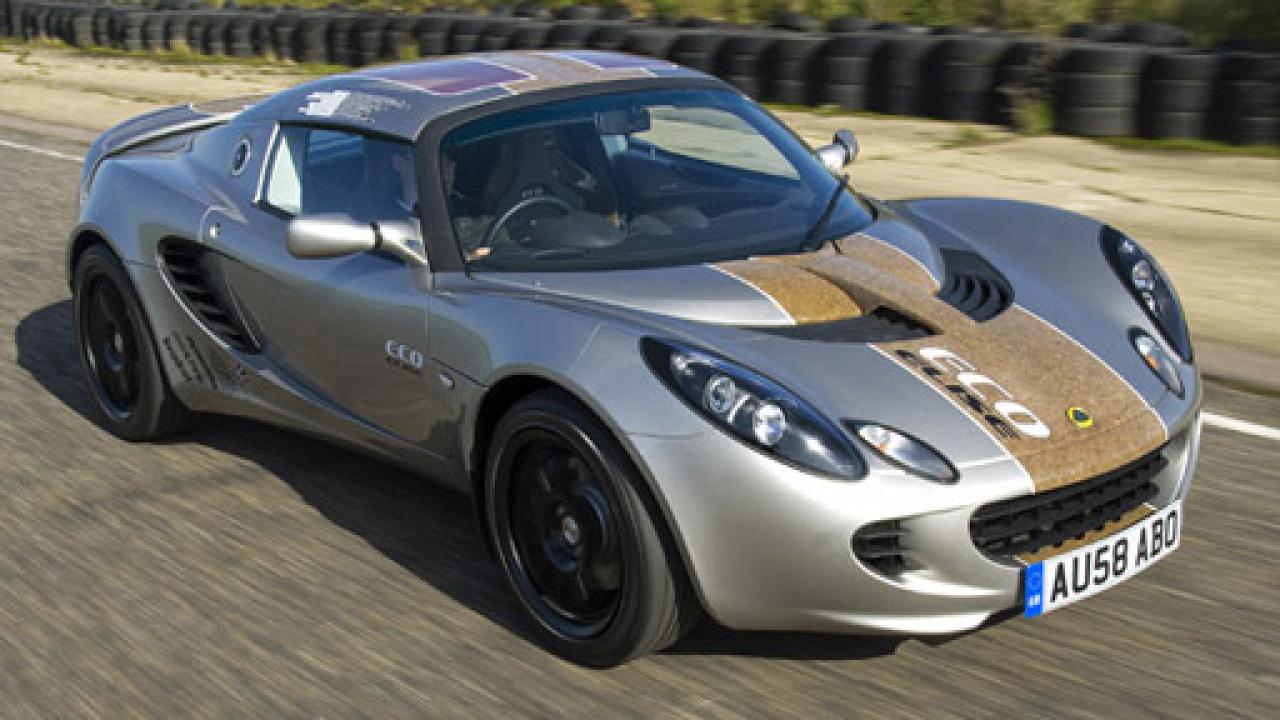 Lotus Cars U.K. have gone for a different type of ‘green’ by announcing an ‘Eco Elise’ made largely out of hemp.

Yes Hemp! That “weed” that America so deeply and viscerally fears.

The theory behind this radical new approach is that Lotus feels too much “green” car technology is simply concentrating on CO2 emissions at the tailpipe, where the manufacturing processes and materials in many cars are just as environmentally damaging.

To that end, the company is presenting a more holistic environmental focus giving the unintentional yet well deserved one-finger-up salute to the U.S. Federal Government and their half a century old fake war on drugs.

Watch the amazing video of the car right here……..

The Lotus car will be efficient as well as quick due to its light weight and advanced engine technology, but the company has gone further by using completely renewable materials like hemp body panels, eco wool and sisal carpets, cleaner manufacturing technologies, water-based paints and locally-sourced components that reduce the carbon miles inherent in the manufacturing process.

This is the future and it’s now!

But here in the USA, not so much.

We have a federal government who stands in the way of the future and our inability to compete is reflected on the global stage. The USA is just behind the times and too slow to the gate. The mental 20th century handcuffs have us in a neurotic unclear state unable to think clearly about what is real and what’s not.

Consider that right now, the world-leading producer of hemp is China, with smaller production in Europe, Chile and North Korea. Over 30 countries produce industrial hemp, including Australia, Austria, Canada, Great Britain, France, Russia, Uruguay, and Spain. Many first world countries are in the game and the USA is nowhere to be found. 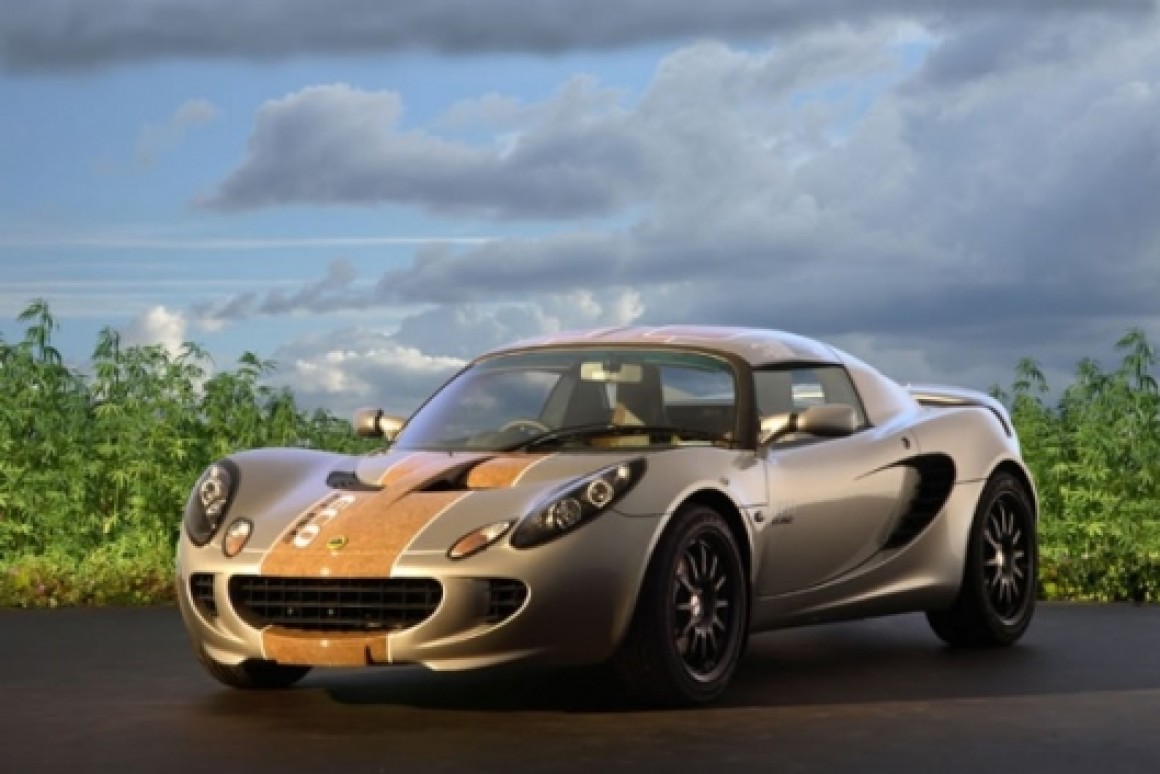 Hemp is not legal to grow in the U.S. under Federal law because of its relation to marijuana, and any imported hemp products must meet a zero tolerance level. It is considered a controlled substance under the Controlled Substances Act (P.L. 91-513; 21 U.S.C. 801 et seq.). Some states have defied Federal law and made the cultivation of industrial hemp legal. These states — North Dakota, Hawaii, Kentucky, Maine, Maryland, Oregon, California, Montana, West Virginia and Vermont — have not yet begun to grow hemp because of resistance from the federal Drug Enforcement Administration.

For the first 162 years of America’s existence, marijuana was totally legal and hemp was a common crop. But during the 1930s, the U.S. government and the media began spreading outrageous lies about marijuana, which led to its prohibition. Some headlines made about marijuana in the 1930s were: “Marijuana: The assassin of youth.” “Marijuana: The devil’s weed with roots in hell.” “Marijuana makes fiends of boys in 30 days.” “If the hideous monster Frankenstein came face to face with the monster marijuana, he would drop dead of fright.”

In 1936, the liquor industry funded the infamous movie titled Reefer Madness. This movie depicts a man going insane from smoking marijuana, and then killing his entire family with an ax. This campaign of lies, as well as other evidence, have led many to believe there may have been a hidden agenda behind Marijuana Prohibition.

Shortly before marijuana was banned by The Marijuana Tax Act of 1937, new technologies were developed that made hemp a potential competitor with the newly-founded synthetic fiber and plastics industries. Hemp’s potential for producing paper also posed a threat to the timber industry (see New Billion-Dollar Crop).

After Alcohol Prohibition ended in 1933, funding for the Federal Bureau of Narcotics (now the Drug Enforcement Administration) was reduced. The FBN’s own director, Harry J. Anslinger, then became a leading advocate of Marijuana Prohibition.

In 1937 Anslinger testified before Congress in favor of Marijuana Prohibition by saying: “Marijuana is the most violence causing drug in the history of mankind.” “Most marijuana smokers are Negroes, Hispanics, Filipinos and entertainers. Their Satanic music, jazz and swing, result from marijuana usage. This marijuana causes white women to seek sexual relations with Negroes.” Marijuana Prohibition is founded on lies and rooted in racism, prejudice, and ignorance.

Before the government began promoting reefer madness hysteria during the 1930s, the word marijuana was a Mexican word that was totally absent from the American vocabulary.

Thus, the words marijuana and reefer were substituted for the word hemp in order to frighten the public into supporting Hemp Prohibition.

Very few people realized that marijuana and hemp came from the same plant species; thus, virtually nobody knew that Marijuana Prohibition would destroy the hemp industry.

As such, the USA is behind the global curve on this. We’re losing ground because we’re living in some 20th century matrix not paying attention to the truth as is it but the truth as some with an agenda told us a long time ago.

The old crusty’s who keep selling us a fake future are getting moldly. The kids are now getting it and they are not happy with the older folk who are in the way of their future success. And so, it’s either adapt or get out of their way because they are coming and the lies about drugs will not stand.

As you can see, the young leadership at Lotus Cars gets it. They are done with the past. Lotus Cars now lives in the 21st century. They are launching their company for the future and dam the U.S. fake War on Drugs. It’s too darn Nixonsian for them. Heck, they don’t even want to know who Nixon is or was.

For them, Nixon is just some guy they heard about in some stupid 20th century ignorant past. Worse, for them, he and every other president of the USA who has prosecuted his war simply says nothing to them about their lives. They know no one is listening and they are really pissed off about it. In my view, it’s time for the crusties to retire or face revolt. My money is on the youth and their dream of a truthful future………

ABOUT THE AUTHOR: Johnny Punish is a musician, artist, entertainer, businessman, investor, life coach, and syndicated columnist. Educated at University of Nevada Las Vegas, his articles appear in Veterans Today, MunKNEE and his Johnny Punish Blog. His art music is promoted by Peapolz Media Records and played on net radio at Last.fm and more.