What’s The Best Concert You Have Ever Seen?

Check Out My Top 5 Concerts Ever!

Well what is the best concert I have ever seen?  Hum? That question was asked to me recently.  I did not know exactly how to respond because music is so personal and subjective. I mean, how can there be a very best?  So I put some real important thought on this question and here’s what I came up with….

Now first, to me, there are some experiences that stand above the others because they were so transformational, so emotional that the literally change one’s life.

So here are the TOP 5 shows that changed my life; 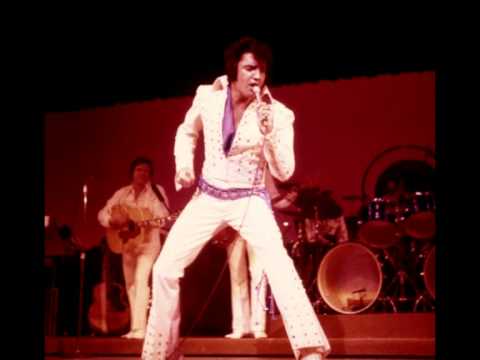 With my Vegas Dad, Mom and younger sister, I sat in the front row in the main showroom with my hands on the stage as The King of Rock N Roll did his thing transforming this 9 year old into an Elvis fan forever.

This is by far, the greatest show I have ever seen.  Elvis is most charismatic figure in music history.

I mean, there is Elvis and then everyone else.  And it’s not even close!

It was true and genuine privilege to be in his presence.  Till this day, I can’t believe I saw Elvis live in person. It still gives me goosebumps!

I remember that he threw out his scarf and my 7 year old sister Monique caught it.   That was wild.

After this religious experience, booked by my mom turned tour manager along with new back up group (my cousins and sister) I took the stage doing the Los Angeles Nursing Home circuit lip syncing to Elvis vinyl records doing my best to be just like him as the over 90 crowd cheered us on!  It was a great way to start up in music!

Even today, when ever I perform live I can only touch the hand of Elvis hoping to get 1% of whatever he had out to the audience.   Of course it’s not possible!  I mean, Elvis is the man!  Period!   I love Elvis!

Here’s some footage from a show he did in 1972 in Vegas.  Oh, he was notorious for doing his show then taking band upstairs to his suite and doing another private jam for hours and hours!  He’s my hero!   Enjoy!

Just after my 1st year in college that saw me transform from the disco era of the 70s into the new wave of Rodney on the ROQ (KROQ in Los Angeles), I heard the London Calling record from The Clash and it blew me away.  The earlier stuff was killer but this record was just wow!  And so when they came to Los Angeles, my older cousin got us tickets and off we were to see the Only Band That Mattered.  I had no idea what to expect.

So we get there and this band we never heard of, The English Beat, opened up and holy smokes; they blew us away.  We were toasting and dancing to the Beat.  We were hooked and became fans forever.

What a show they put on!  Awesome.

Check The English Beat at the US Festival 1983

Later in life, I hung out with Dave Wakeling and Rankin’ Roger at my house where we shooting a music video for a band I was producing at the time; the ska band The Skeletones.   Dave and Roger were there to be in the She Justs Wants To video directed by Valeria Vaughn. Dave actually slept over and in the morning, over breakfast he and I talked about this show.

He told me that Joe Strummer and boys were super cool to them as they were getting started.  He said they were great bunch of blokes from the UK; all of them!  That confirmed it for me that The Clash were truly something special.  Oh and Dave ate up mean breakfast cooked up by my wife Betty. Way too much fun!

Anyways, so after The English Beat finished their amazing set that hot summer night, The Clash took the stage and it was out of control.

It was the Clash at their peak best; tight fisted, defiant, styling, rockin’, rolling, and giving us youth a path to the future.  I bought in and took to the road preaching The Clash gospel.  Every song was better than the previous!  Everything was perfect!  It was London Calling from the far away town  and I was answering under their Complete Control!

I mean, I was a good Clash fan before this experience, but after?  It was over!  It was THE CLASH forever!

No words can really describe how hard Joe Strummer, Mick Jones, Paul Simonon and Terry Chimes (Topper Headon was out on a binge) rocked  the Palladium that night.  Like the Elvis event a decade before, this show was super transformational.  It will last forever in my mind and heart forever till the day I die.

There is NO footage available from the 4 days of shows at the Palladium that summer in 1982 so here’s a show from New Jersey in 1980.  Enjoy!
[youtube F-jPZzob0pk]

Being a college, some company called Apple Computer announced they were putting on a rock show in a dirt field in San Bernardino called The US Festival with the bands;   The Ramones, The English Beat, Oingo Boingo, The B-52’s, Talking Heads, The Police, The Cars, The Kinks, Santana, Pat Benatar, Tom Petty & the Heartbreakers, Fleetwood Mac and more!

Really?   We’re going!  So my mates and I set out for a 3 day show ending up ripped, rockin’ out, muddy (it was super hot and they were dousing us with fire truck hoses).  I think we slept in makeshift tents, partying day and night like there was nothing more important than hangin’ with our people.  For this 18 year old, it was free at last and the bands were super too!

I still remember Sting singing Walking On The Moon while the full moon stood high in the sky above his head.  Wow!  What a weekend!
[youtube AWQKNxuGqg4]
[youtube W6SstkSpp6E]

Hey, the first US Festival was great so lets go to the next one right.  With INXS, Oingo Boingo, The English Beat, A Flock of Seagulls, Stray Cats, Men at Work, Quiet Riot,  Mötley Crüe, Ozzy Osbourne,   Judas Priest, Scorpions, Van Halen, U2, The Pretenders, Stevie Nicks,  David Bowie, and The Clash (Mick Jones last appearance) and more, the line up was even better than the year before!  Another party!  Another great weekend with my peeps celebrating our youth.
[youtube Vlpv7OLbopk]
[youtube Y-5iokHesJk]

Back in 1979, Pat Benatar blew me away with her first two records as she turned my high school years into the Pat Benatar rock show.  I played those first two records of hers over and over.  I was getting into the her voice and the music specifically the rockin’ guitar of Neil Spyder Giraldo.   His leads were speaking to me.

So when I finally heard that she would be in the greater Los Angeles area in the summer of 1982, I had to go and rock out.  I actually attended 3 of her shows within 7 days;  San Diego Sports Arena, The Convention Center in L.A. and the L.A. Forum.  All were sold out shows with thousands of fellow fans.   It was Benatar in her early glory years and she was the hottest thing going in rock and I was there.

Check out Pat Benatar playing at Catch A Rising Star in NYC in 1982.  This is where she got her start back in the 70s singing torch songs with comics.  They invited her back for a 10th anniversary celebration.  Being the rocker she is, after playing to 20,000 at arenas, she hopped back in and jammed at the club!  Love it!

To this day, I try to play lead guitar melodically like Giraldo.  He’s my favorite guitarist.  And Pat, well come on!  My wife looks like her!  Nuff said!

Ok here’s my ultimate favorite Benatar song is I’M GONNA FOLLOW YOU.   Yeah, the video is a bit weird cause they tried to marry some stock vid to this live performance but dam, I love the dark vibe and listen to Neil Giraldo on the guitar! Love this performance by my guitar hero! I wish I could do this…..I need to get to work right?