SONG: The Story Behind “Protest Guitars”

My song “Protest Guitars” is simply about us, our gang, the Shabbab, hanging out in MR. X’s ** garage in the alley behind his mom’s Anaheim apartment in 1982-1983. It was time of discovery. I just finished my first year of college at California State Fullerton and we started hanging out in his garage. Mr. X had it decked out with old dirty couch, a few lights, and some other trinkets that made it a hang-out.

Ya see, Mr. X was a few years older and thus wiser. He heard of this band called The Clash that was speaking to him. He shared it and we, the Anaheim Clash City Rockers were off.

Yeah, to commemorate the influence that this new music played into those days, there are 12 song titles hidden in the lyrics of Protest Guitars; 9 from The Clash and 3 from The Plimsouls. Zero Hour.

It was Death or Glory because we were not just another story. We were not going to start wearing blue and brown, working for the Clampdown. We were going be Clash City Rockers

Oh, and that White Audi Fox. Yeah that was Mr. X ‘s piece of shit car where we had a barely working cassette tape player featuring only one tape.

It was the first Clash tape to hit America. It was played over and over again all summer in 1982. We wore it out! Later, somehow, Mr. X found cassettes of Give Em Enough Rope, London Calling, and Sandanista turning our Shabbab on to force that was The Clash with his typcial “you listen and love it or you’re the enemy” mantra. Yeah, wearing his U.S. Army Jacket with a Palestinian flag signifying war, resistance to occupation, and aggressive posture was the message. We believed and followed.

So yeah Mr .X drove that piece of shit all over Anaheim in 1982-1983 looking for causes to make and trouble to cause ending up at some Egyptian jerk-off’s apartment named Abdel Muftuh. Muftuh had threatend to kill Mr X and so Mr X brought all of us, the shabbab, in to knock his door down and teach him a lesson. When Muftuh tried to knife Mr X, Mr X yanked it from hand and let him know that this was it for him and he better fall in line or else! From that point on, it was Mr X’s turf and we were all there to suppport the cause.

To support the Garageland mission, Mr X set up the feed & weed sales office. Yeah, with a scale on top of the crappy old 12″ inch TV, he sold it by the dime to passerby friends in the alley hood. We were all yobless and needed a way to fund the missions, excursions, operations, and mis-adventures.

His funding strategy worked and in the summer of 1982, together we formed the future.Yeah, peeps would pop in for Turkish Coffee, some Black Market Clash, and a toke on the pipe du jour, usually kypted from the last guy who brought in a good one to show off.

Yeah, Mr X had a penchant for keeping everyone’s pipe claiming it to be his own. Hey, it was Mr X’s world and we just there to follow orders! It was always his pipe. Of course, he pinched every bag to support the needs of his gang making sure he was always armed and ready. 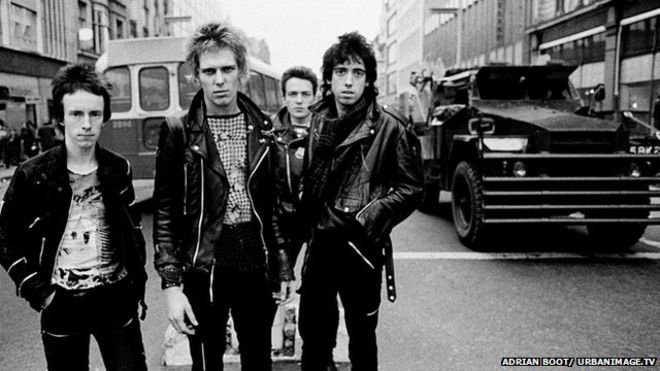 Fights with pipes, protests with enemies of Mr X, and playing Galaga slap fighting at the local Shakeys Pizza on Euclid Ave or was it Beach Blvd, or maybe State College………who knows? We were so ripped we just sang I’m So Bored with the USA looking for Jimmy Jazz all day and night until our Clash City Rocker taped melted from overuse. It was one heck of year in Anaheim, California 1982.

Then Sabra & Shatila hit the world stage in September 1982. Mr X took us down to the Israeli Embassy in Los Angeles were we into Irv Rubin, head of the west coast Jewish Defense League (JDL), a known militant wing sponsored and led by Rabbi Meir Kahane. They advoacated “All Arab Dogs into the sea” and thus supported the deaths of over 5000; including women and children at Sabra & Shatila.

That night, Mr X made it onto the intro of Ted Koppells Nightline show on ABC TV. There was no time to Save it for Later. We had our metal pipes in hand ready for riot of our own. We screamed “JDL GO TO HELL” all the way to IRV’s “HELL NO P.L.O” while the FBI took nice pictures of all of us for their lovely family scrapebooks.

Yep, we were in the fray and there was no looking back. Getting pulled over by the Fuzz on the mean streets of L.A. was a common occurance back then.

We were activists by day and concert goers by night seeing The English Beat open up for The Clash at the Hollywood Pallidium along with great bands like the indie underground The Plimsouls singing at the Cal State Fullerton Pub playing Zero Hour and Now , Wow! We were so impressed we eventually had our own band debut at the Pub the following year at a talent show where they dropped the curtain on us in the middle of our first song! Of course it was a cover of Should I Stay or Go by The Clash. Classic! We sucked bad, it was classic!

It was totally us with Mr X on lead vocals, me on guitar, and Richy on drums. We pissed off the establishment with our hard edge that made everyone uncomfortable and they threw us out! Perfect!

Anyways, in between all the mis-adventures we watched Ronald “Ronbo” Reagan attack Grenada and Wally George on Channel 52 spewing out his HOT SEAT fun loving nitwit right wing conservative schtick, laughing all the way screaming 999! 5000! We were inspired and thus started our journey into activist music eventually ending years later with the seminal 90s punk band Twisted Nixon 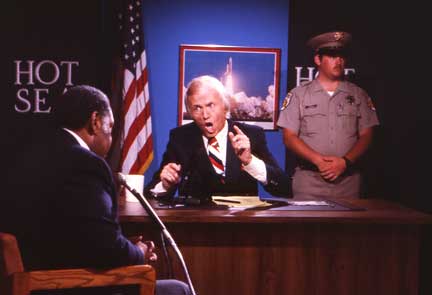 “Yesterday I thought I was a crud. Then I saw The Clash and I became a King and decided to move into the future” Johnny Punish

That year we spent in Mr X’s garage, behind his Mom’s apartment in Anaheim was where it all started. This song is dedicated to that garage and all that went with it. Three cheers for Mr X’s Garage; our Garage! Stay Free! Hooray!

** EDITORS NOTE: Mr X is NOT his real name. Mr. X is currently in the witness protection program and is hiding from his past. We’ve put in a Freedom of Information Act request to the FBI but were denied without explanation. 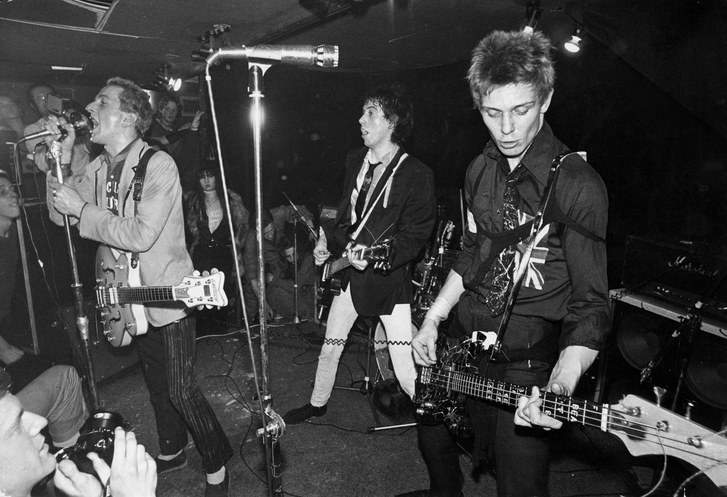 We all pile in it’s an OC mutiny
Turn on the mic for our Career Opportunity
Watching the daily news
Washington Bullets strike, Sandanista blues

Hangin out selling to friends by the five and dime
Pinchin’ the bag, oh oh it’s Tommy Gun time
Watching the daily the news
Sabra and Shatila, Dam! Get my protest shoes

While all the Wally Ronbos ridin’ the Hot Seat show
A Zero Hour Bang! Boom! The Plimsouls know
that I need her Now and a Million Miles Away
The Joe Allen rude boys always came to play

When A-Men too bad met Johnny be too good
Slap Fight Richy four one in the Galaga hood
Somebody Got Murdered in a White Audi Fox
A strummer festival yeah! Revolution rocks!