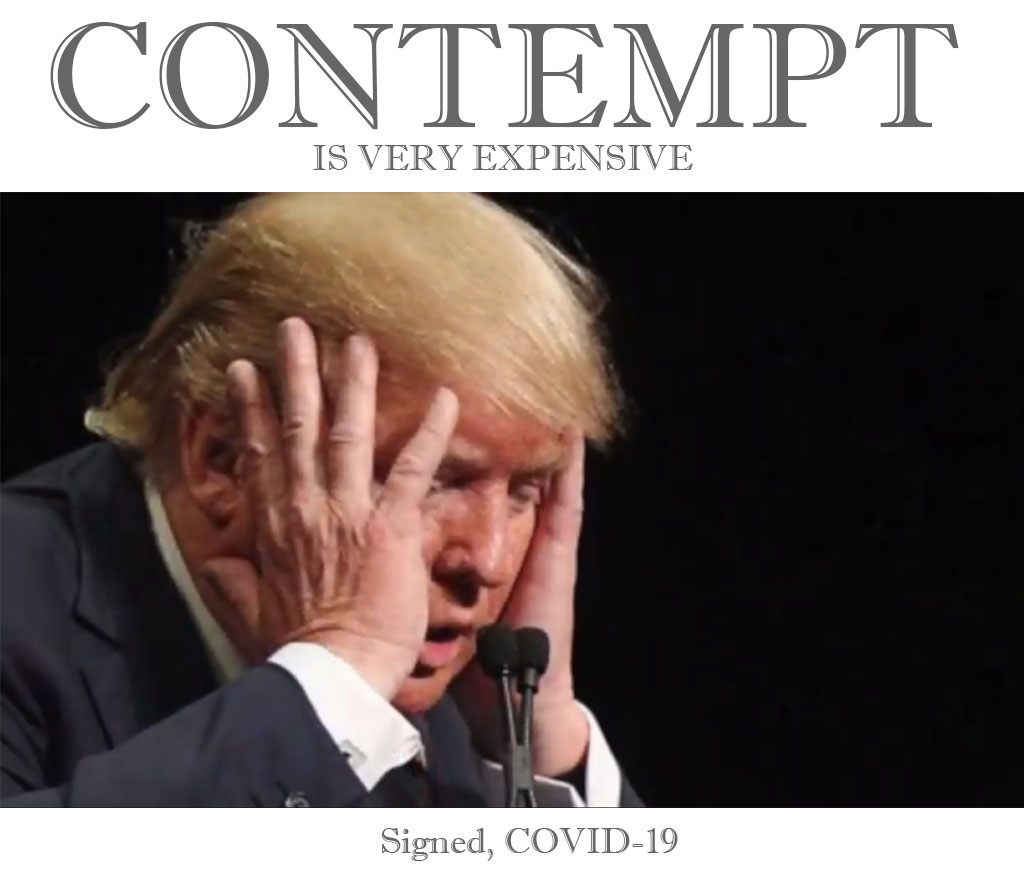 If true and he has COVID-19, then this completes his circle of failure. He knew it was serious in January. He called it HOAX. He played games with it. He had no plan and failed to lead as over 200,000 died leading the worst response to this PANDEMIC worldwide by any country! FAILURE!

If this is an elaborate HOAX to get out of being responsible or to gain sympathy, then, by definition, this is an abject failure and the ultimate act of irresponsibility. FAILURE!

Either way, I do NOT wish harm on Donald Trump. But he has NO business leading the USA or anything. He is horrifically irresponsible; a shameful obnoxious meanspirited person who sets NO example.  When called to lead, he dropped the ball.

I demand his immediate resignation. And if he gets sick, I wish citizen Trump a speedy recovery at home, no longer employed by we the taxpayers of the USA.