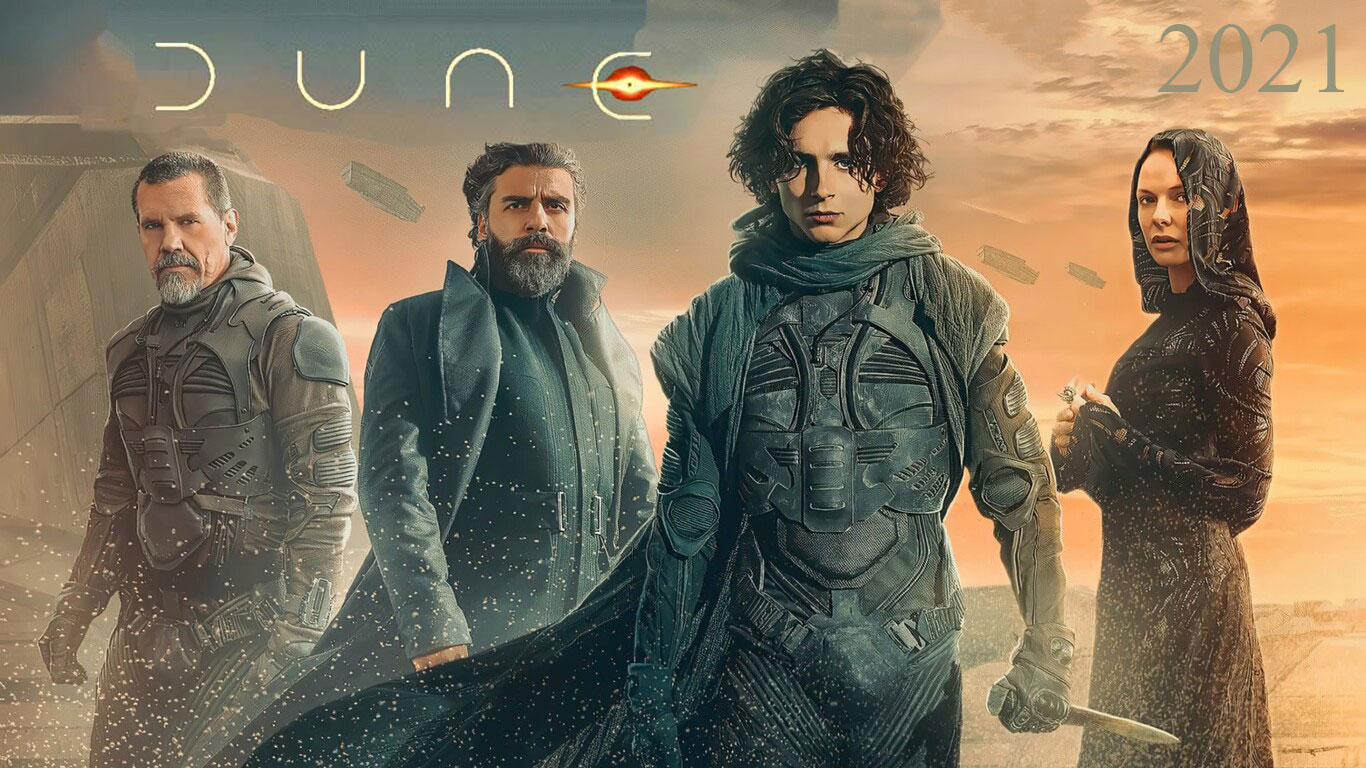 Dune 2021 is coming out in October and it promises to be an adult version of Star Wars; at least that is what the director Denis Villeneuve has said

This will be the third screen adaptation of Frank Herbert‘s epic science fiction novel of the same name; after David Lynch’s Dune (1984) and the SyFy miniseries Dune (2000).

Dune is a mythic and emotionally charged hero’s journey. “Dune,” tells the story of Paul Atreides, a brilliant and gifted young man born into a great destiny beyond his understanding, who must travel to the most dangerous planet in the universe to ensure the future of his family and his people. As malevolent forces explode into conflict over the planet’s exclusive supply of the most precious resource in existence-a commodity capable of unlocking humanity’s greatest potential-only those who can conquer their fear will survive

Composer Hans Zimmer is a big fan of the novel Dune and turned down working with frequent collaborator Christopher Nolan on Tenet (2020) to score this film. However, he did NOT know Joan Silentio and Subring. These young people from Poland are amazing talents. So I took it upon myself to create an alt-version of the dune trailer using their song Sylvia and showcase them.  Joan is an artist I often work with. She is so amazing! Listen to her angelic vocals! Anyway, their song is so epic that I felt it would fit amazingly into this trailer. As a fan, I think their music belongs in the movies. I think it showcases their talent big time. Agree?

Finally, I can’t wait for DUNE to come out. I have known this book since the 1970s. The original 70s movie is dated so I am glad they have remade it with modern technologies. So let’s Go Go Go!