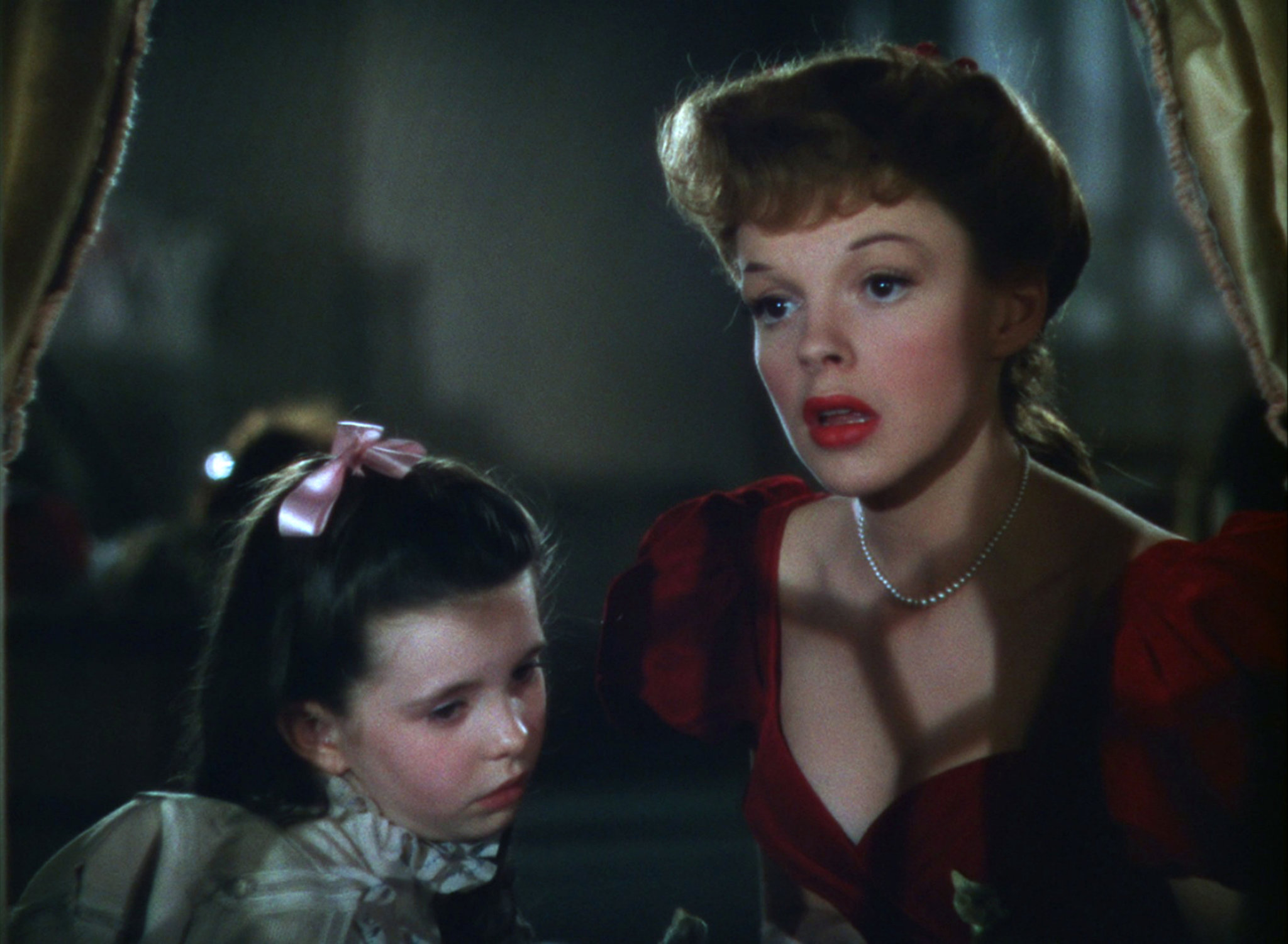 When Judy Garland changed the lyrics to this “Little” Christmas song it became a classic for the ages.

Of course, there is NO WAY to make it better than what Judy did. But artists can interpret it in new styles giving it life once again.  In this spirit, I join so many artists like Frank Sinatra, Linda Ronstadt, Chrissie Hynde, Bing Crosby, Twisted Sister, Bette Midler, and a plethora of others who have covered this fantastic song.  I hope you like my “alternative rock” version with special guest vocalist ESoreni and guitarist Stefano Andrigo.

Now the story of how a song performed by Judy Garland in Meet Me in St. Louis grew to be a beloved Christmas standard — and got happier lyrics along the way is truly super amazing!

First, “Have Yourself a Merry Little Christmas” manages to be happy and sad at the same time, hopeful but full of melancholy, as all the best Christmas songs are,” says Bette Midler, who sings it on her   Cool Yule record.  And the song’s fascinatingly tangled history has left it with several very different sets of lyrics, from the near-suicidal to the downright ebullient.

Hugh Martin, the song’s writer who passed in 2011, was always amazing how many artists covered his song year after year.

You see, in 1943, Hugh Martin and Ralph Blane were an already successful songwriting team hired to pen the songs for the movie musical Meet Me in St. Louis, which would pair Judy Garland with her future husband, director Vincente Minnelli. Though Martin and Blane shared credit for the tune, Martin was actually the sole writer of “Merry Little Christmas,” and a stubborn one. For the now-famous scene in which Garland and her little sister, a 7-year-old Margaret O’Brien, are despondent over the prospect of moving away from their cherished home, he wrote an initial set of lyrics that were almost comically depressing. Among the never-recorded couplets — which he now describes as “hysterically lugubrious” — were lines like: “Have yourself a merry little Christmas/It may be your last…. Faithful friends who were dear to us/Will be near to us no more.”

“I often wondered what would it have been like if those lyrics had been sung in the movie,” laughs O’Brien, now 84. “But about a week before we were to shoot the scene where Judy sings it to me, she looked at the lyrics and said, ‘Don’t you think these are awfully dark? I’m going to go to Hugh Martin and see if he can lighten it up a little.'”

As Martin tells it, he initially balked at changing the words. “They said, ‘It’s so dreadfully sad.’ I said, ‘I thought the girls were supposed to be sad in that scene.’ They said, ‘Well, not that sad.’ And Judy was saying, ‘If I sing that to that sweet little Margaret O’Brien, they’ll think I’m a monster!’ And she was quite right, but it took me a long time to get over my pride. Finally, Tom Drake [the young male lead], who was a friend, convinced me. He said, ‘You stupid son of a b—-! You’re gonna foul up your life if you don’t write another verse of that song!'”

Martin finally gave in, coming up with a new, somewhat less downbeat lyric. As sung in the movie, “Merry Little Christmas” is a buck-up ballad that imagines the possibility of a bright future but finally admits, in the song’s most powerful line, that ”until then, we’ll have to muddle through somehow.”

Liza Minnelli (Vincente Minnelli and Judy Garland’s daughter) remembers her father’s stories about telling Martin, “‘Nooo, this won’t do. Look, the movie is about hope and dreams, and there’s gotta be some hope in the song.’ My feeling is that Christmastime is about your past, and there comes a time when it does become sentimental, just because you start remembering, and people will always miss somebody at Christmas. But to indulge in that and just say ‘Everything was better then’ — forget it! You’ve always gotta have hope.”

Meet Me in St. Louis proved to be a huge hit, but there was only a modest market for Christmas pop at the time, and “The Trolley Song” became the breakout tune, scoring a Best Song Oscar nomination. Still, “Merry Little Christmas” is one of Garland’s most mesmerizing screen moments, and one of her most maternal. “Out of all my mom’s movies,” says Garland’s daughter Lorna Luft, “that’s the hardest scene for me to watch.” Notes Linda Ronstadt, “There’s so much inherent trouperism in [Garland’s] version. Because one can imagine the topsy-turvy of her life and how many times she probably had to demonstrate the eternal cheeriness and gleefulness of Christmas.”

Even so, “Merry Little Christmas” seemed destined to languish as a beloved show tune that couldn’t quite make it to “standard.”

Then, in 1957, Frank Sinatra — who’d already cut a lovely version with the movie’s bittersweet lyrics in 1947 — came to Martin with a request for yet another pick-me-up. “He called to ask if I would rewrite the ‘muddle through somehow’ line,” says the songwriter. “He said, ‘The name of my album is A Jolly Christmas. Do you think you could jolly up that line for me?'” Not about to give the Chairman any lip, Martin made several cheerier alterations, shifting the happiness into the present tense and changing that “muddle through” line to “Hang a shining star upon the highest bough.”

The peppier Sinatra version turned the song into a Christmas perennial; it has since been recorded thousands of times. “It’s been a little confusing,” says Martin, “because half the people sing one line and half sing the other.” It’s probably more off-balance than that. Sample a good portion of the 500-plus recordings that are up on iTunes, and most use the Sinatra lyrics. Even Garland herself eventually did. “But I still kind of like ‘muddle through somehow,’ myself,” Martin admits. “It’s just so kind of…down-to-earth.”

Of course, the “happy” lyrics can still pack an emotional wallop. “I’m surprised that our version is very popular at all,” says Chrissie Hynde of the Pretenders, whose recording for the 1989 A Very Special Christmas charity album continues to get substantial airplay every year. “I was in a particularly melancholy mood, so I don’t think ours is a cheerful version. Singing it upset me; I was on the verge of tears. I was thinking about relationships, and how things had changed, and the people that I couldn’t see and couldn’t be with. But maybe that [sadness] is what most people feel at Christmas, and maybe that’s why people relate to it.”

Recently, more and more singers have been opting for darker words.

James Taylor, for one, was inspired to go back to the song’s bittersweet roots after 9/11. He recorded “Merry Little Christmas” in fall 2001 and released it to radio soon after (it’s included on his new James Taylor at Christmas album). “It’s as though people were suddenly experiencing everything on a deeper level for a while,” says the singer, who was intrigued to learn that the song was penned during WWII. Though Martin has said he wasn’t consciously writing about wartime separations, Taylor “would be very surprised if he wasn’t somehow influenced by the mood of missing people over the holidays and hoping like hell that they would be home next Christmas, if not this one.” In times of strife, “we ‘muddle through,’ as the lyric says. As the best lyric says.”

Not everyone feels that way, though.

“‘Muddle through’ is what we do,” agrees Ronstadt, “but I love the bravado of ‘hanging the shining star,’ because it gets past the layers of anxiety to find that little beacon of hope and bravery.” In her recording, she neatly solves the problem by singing both versions of the key line. And that manic-depressive compromise between the muddled and the magisterial might just capture Christmas best of all.