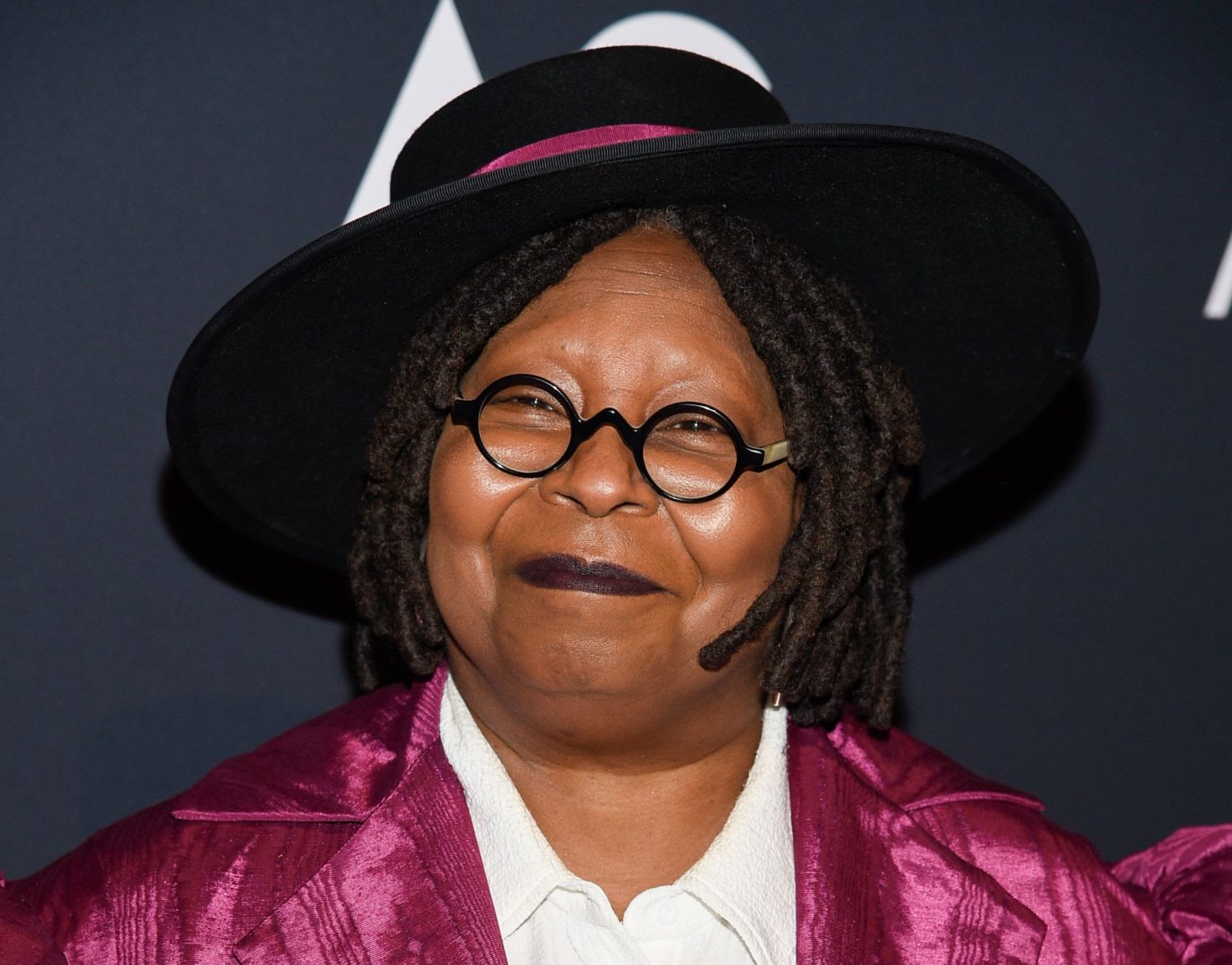 PUNISH FILES: The controversy surrounding Whoopi Goldberg and her comments about the Holocaust

OK, so what’s up with this racism Holocaust thing with Whoopi Goldberg? I have a ton of questions and comments ie…

I will first explain in summary what happened and then explore the technical aspects of race, bigotry, and semantics to see if Whoopi was correct or not?  Let’s summarize it now.

Co-host Ana Navarro pushed back by saying, “But it’s about white supremacists going after Jews.”

But Goldberg snapped back, “But these are two white groups of people! The minute you turn it into race it goes down this alley. Let’s talk about it for what it is. It’s how people treat each other. It doesn’t matter if you’re Black or white, Jews, it’s each other.”

Almost immediately, Goldberg came under criticism for her remarks, including from Anti-Defamation League CEO Jonathan Greenblatt, who tweeted, “No @WhoopiGoldberg, the #Holocaust was about the Nazi’s systematic annihilation of the Jewish people – who they deemed to be an inferior race. They dehumanized them and used this racist propaganda to justify slaughtering 6 million Jews. Holocaust distortion is dangerous.

Goldberg tweeted out an apology on Monday that said, in part, “I’m sorry for the hurt that I have caused. … The Jewish people around the world have always had my support and that will never waiver (sic).”

Greenblatt quote-tweeted Goldberg’s tweet and wrote, “Thanks @WhoopiGoldberg for correcting your prior statement and acknowledging the #Holocaust for what it was. As #antisemitism surges to historic levels, I hope we can work together to combat ignorance of that horrific crime and the hate that threatens all.” 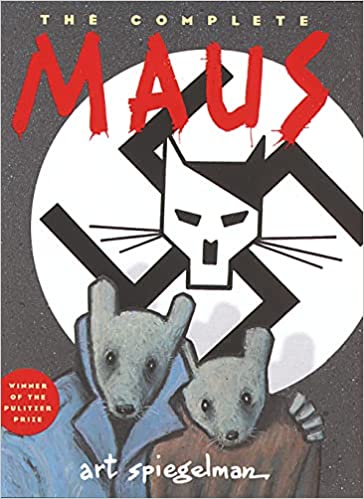 But there was another twist to this.

Between her comments on “The View” and her apology on Twitter, Goldberg’s guest appearance on Monday’s “The Late Show With Stephen Colbert” was taped. That show didn’t air until Monday night. On the show, she sort of apologized for what she said, but kind of reiterated what she said, too.

“It upset a lot of people, which was never ever, ever my intention,” Goldberg said. “I feel, being Black, when we talk about race, it’s a very different thing to me. So I said I thought the Holocaust wasn’t about race. And people got very angry and still are angry. I’m getting a lot of mail from folks and a lot of real anger. But I thought it was a salient discussion because as a Black person, I think of race as being something that I can see. So I see you and know what race you are. I thought it (the Holocaust) was more about man’s inhumanity to man. … People said, ‘No, no, we are a race.’ I felt differently. I respect everything everyone is saying to me.”

She added, “I don’t want to fake apologize. I am very upset that people misunderstood what I was saying. And because of it, they are saying I am anti-Semitic and denying the Holocaust and all these other things that would never occur to me to do. I thought we were having a discussion about race, which everyone is having.”

The conversation, which you can watch here, went back and forth, with Colbert asking Goldberg if she realized Nazis considered their attempt to exterminate Jewish people to be a racial issue. Goldberg responded by saying, “This is what’s interesting to me: The Nazis lied. They had issues with ethnicity. Most of the Nazis were white people and most of the people they were attacking were white people. So to me, I’m thinking, ‘How can you say it’s about race when you’re fighting each other?’ … Don’t write me anymore, I know how you feel. I’ll take your word for it and never bring it up again.”

But because “The Late Show” aired after her Twitter apology, Goldberg had to address the issue again on Tuesday’s “The View.”

Goldberg opened Tuesday’s show by saying, “Yesterday on our show, I misspoke. I tweeted about it last night but I want you to hear it from me directly. I said something that I feel a responsibility for not leaving unexamined because my words upset so many people, which was never my intention. I understand why now, and for that, I am deeply, deeply grateful because the information I got was really helpful, and it helped me understand some different things.”

She added, “I said the Holocaust wasn’t about race and was instead about man’s inhumanity to man. But it is indeed about race because Hitler and the Nazis considered Jews to be an inferior race.”

Goldberg went on to say, “Now, words matter, and mine are no exception. I regret my comments, as I said, and I stand corrected. I also stand with the Jewish people as they know and y’all know, because I’ve always done that.”

In addition to a much better apology, Goldberg and “The View” had Greenblatt as a guest. He said on the show, “There’s no question that the Holocaust was about race. That’s how the Nazis saw it as they perpetrated the systematic annihilation of the Jewish people across continents, across countries, with deliberate and ruthless cruelty.”

Goldberg’s apology seemed sincere.  And Greenblatt thanked and forgave Goldberg by tweeting, “Deeply appreciate @WhoopiGoldberg inviting me on to @TheView today to have an important discussion on the importance of educating about the Holocaust. Whoopi has been a long-time ally of the Jewish community and @ADL and her apology is very much welcome.”

But ABC still decided to suspend her. CNN’s Oliver Darcy wrote, “(Goldberg’s) comments bothered staffers across ABC News. While some accepted her apology, others believed disciplinary action was warranted, according to conversations with employees.”

NOW FOR THE JOHNNY PUNISH RESPONSE

Ok, above you have “what happened?”.  But who is really right and wrong?  Or do we just have a misunderstanding?

First, let’s make our definitions clear so that we are all on the same page.

big·ot·ry
obstinate or unreasonable attachment to a belief, opinion, or faction; in particular, prejudice against a person or people on the basis of their membership of a particular group.

racism
prejudice, discrimination, or antagonism directed against a person or people on the basis of their membership in a particular racial or ethnic group, typically one that is a minority or marginalized.
“a program to combat racism”

Fact:  It is 100% correct that the Nazis believed their European brothers and sisters who practiced Judaism were a “race”.  Therefore, the Holocaust and the scapegoating of their Jewish citizens and those of the neighboring countries by Nazi doctrine was 100% racially motivated.

So, in this case, Whoopi is 100% incorrect.  But she’s also correct because the Nazis were uneducated following long-held beliefs that are NOT supported by DNA.   In fact, DNA tells us that those citizens who were the victims of the ignorant Nazis were simply Europeans who practiced Judaism.  They have nothing to do with ancient Hebrews of the Bible.  These people were simply European peoples.  Plain and Simple.

These facts are now supported by DNA researchers around the world including those in Israel who have come to understand that the European Jews are NOT part of the Ancient Hebrews to who they have incorrectly connected.  In fact, the Palestinian indigenous people of the area are actually connected to the Ancient Hebrews through DNA  and that makes total sense.

These facts have ZERO to do with whether the Holocaust was evil or not.  It was evil. It was horrific.  It was one of the worst genocides in human history.  The suffering of these Europeans was hard to comprehend.  Every person who suffered under the nasty misguided ignorant Nazis needs to be remembered, honored, and talked about always.  This can and should NEVER happen again.  But that is NOT the point here.  The real point is that the Nazis thought their fellow citizens were of a different race.  But they were NOT.  So Whoopi is right and she’s wrong at the same time!

Now, let’s get this straight once and for all.

Judaism, like Christianity, Islam, Shikh, Hindi et all is a Religion.  Anyone can switch to any religion because it’s a set of beliefs.  But race?  Well, scientists classify things based on race to segment for research purposes.  The real truth that has been revealed by modern science is that we are ALL HUMAN BEINGS part of the same club; Homo Sapien.  Skin color is really just skin deep.  It has to do with climate and where one has lived over the millennia.  In fact, please feel free to Google “skin color” and how evolutionary experts have figured out that skin color is just skin color. Do it and learn!

While scientists need to classify to make their jobs easier, we don’t have to. We can finally accept that we are, in fact, one race, the human race. This fact is 100% supported by science and DNA. And the sooner we all do this, the sooner we can get off this cancel culture BS and just speak plainly and truthfully.

Look, The Holocaust was horrific! The Nazis believed they were getting rid of a “race” when, in fact, they were just getting rid of their fellow citizens who worshipped Judaism and not their perverted idea of Christianity. This is a fact!

She’s cool. Let her be. She was 100% right and wrong at the same time. It was just semantics that tripped her up. She needed to articulate better and her audience needs to be better educated because, in 2022, we are NOT there yet. But our future relatives in 100, 200, 300 years from now? Well, they will look back at our emerging enlightenment in the 21st century as a “Wow, what took them so long to realize that we’re all humans” and they will pan those who, even today, are trying their best to deny the facts that, black, white, yellow, Jewish, Muslim, Christian, Hindu, that we are all just brothers and sisters just being really mean and vicious to one another.

OH AND SOME DNA FIRMS HAVE IT WRONG TOO!

Yeah, so some of these American and Israeli-based retail DNA companies keep trotting out that Jew is a race non-sense. They routinely tell people that they are X% Jewish!  WTF?  How can anyone be X% of any belief system?  Belief does NOT show up in DNA results. Period!  It does NOT translate to science reality. This needs to change.  We cannot be X% Christian, can we?  I wrote about this terrible situation extensively in “Is Jew an Ethnicity, Race or Nationality?”

Finally, the term “Anti-Semitism” is being abused and usurped by propagandists.  It refers to one being someone who does not like “Semites”.  But who are Semites?  Europeans?  No!  There are NOT!  Are Arabs Semites?  Palestinians?  Yes, they are!  So what do they mean when Americans scream “Anti-Semite?”.  Are they ignorant?  Uneducated?  Who told them this non-sense?

Here’s the definition of “Semite” from Britannica.com

Semite, member of a people speaking any of a group of related languages presumably derived from a common language, Semitic (see Semitic languages). The term came to include Arabs, Akkadians, Canaanites, Hebrews, some Ethiopians, and Aramaean tribes. Mesopotamia, the western coast of the Mediterranean, the Arabian Peninsula, and the Horn of Africa have all been proposed as possible sites for the prehistoric origins of Semitic-speaking peoples, but no location has been definitively established.

BOTTOMLINE:  Racism and Bigotry is stupid and ignorant!  And we will pay the price when the weight of history slams down on us for being so silly, so foolish, so uneducated.