Billionaire Kanye West Goes Public with Anti-Jewish Tropes pissing of another corporate sponsor and partner. This time it’s Adidas! They just cut ties with him.

Kanye West continues to cross the lines of what’s acceptable in civil society and is now paying both a financial and reputational price. As you may have already heard, another company has cut ties with Kanye.

This time, it’s Adidas! Yesterday, they cut ties with the profiteering rapper and fashion designer Kanye West and condemned his anti-Jewish remarks, in a move that is expected to halve the sportswear maker’s profits this year.   Hey, wasn’t rap supposed to be a grassroots urban protest thing from the ghetto hoods?  Now, it’s about $$$$$.

Anyways, the German company said it did not “tolerate anti-Semitism and any other sort of hate speech”, adding that it would end the partnership “immediately”.

The decision comes after West, now known as Ye, said in a recent interview that he could “say anti-Semitic things and Adidas can’t drop me”.

“Ye’s recent comments and actions have been unacceptable, hateful, and dangerous, and they violate the company’s values of diversity and inclusion, mutual respect and fairness,” said Adidas.

Well, either Kanye has made a massive strategic blunder that will now cost him millions if NOT billions in corporate deals worldwide, OR he has simply made a strategic decision to position and align himself with the right-wing nationalists around the world who take a position in bigotry against Jews, and black people as well. Which is bizarre.

He reminds me of the Dave Chappelle character, the blind Clayton Bigsby, a prominent white supremacist who doesn’t know that he himself is black.  Bigsby becomes a KKK leader while the white racists cheer him on. The funny part is when he is told he is actually an African American. Pissed off, he divorces his wife because “She married a nigga”.  It’s hilarious.  Watch it below but just keep in mind that it reminds me of Kanye who is now going full racist and bigotry. Does Kanye know he’s black?  Or is this something more strategic?

Now, I recently chatted with an ex-Security Chief for Kanye who will remain anonymous. Off the record he says;

“Kanye is a very kind gentle human, very generous and loving.  Things come out of his mouth for the most part due to the quality of people and advisors he has around him. I don’t for one second believe he hates Jews or any other religion.”

So is Kanye just a fool who is about to crash land his businesses because he cannot control himself, his impulses, or his advisors? Or is he a shrewd businessman who will now align with the right-wing nationalist forces to become their next leader? It’s not 100% clear at this time.

For me, at this time, with limited information, I am actually buying both; in other words, I am sure he has mental challenges. But because he’s mentally stressed, maybe he believes he’s the chosen one and aims to be the Bizarro-land version of Barack Obama and lead the white man to the promised land; a land where they are in charge and everyone else subservient including but not limited to Jews, Blacks, Hispanics, Chinese, etc… a world they knew and loved.  It’s not entirely clear.

To me, too many of these money-power guys with massive wealth confuse their ability to make money with actually being leaders of men.  Kanye may be one of them.

In a past world, character mattered to people.  Gandhi was a poor man who led millions of people to become the father of modern India.  He was respected and valued. History regards him in the highest.

Poor men like Donald Trump and possibly Kanye West think their ability to generate wealth gives them license to lead men,  Too many of today’s people buy the golden toilets.

In 2023, character just does NOT matter.  It’s not a thing anymore!  These men have bling and that’s what turns on so many.  Bling to them equals winning and leadership.  That’s where we are today! 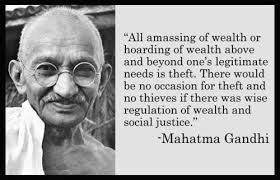 What is the real financial cost to Kanye?

As it stands, Adidas, the world’s second-largest sportswear maker expects to take an up to €250mn hit to net profit this year, with its shares trading down almost 6 percent on Tuesday. Last week, it warned on profit for the second time in three months, saying net income was expected to reach €500mn in 2022.

The slump in profit pointed to “remarkable profitability for the Yeezy franchise”, said Jefferies analyst James Grzinic. “Ultimately, after this update, the 2023 profit challenges have clearly increased,” he said in a note to clients.

The company, which developed and sold sneakers under the Adidas Yeezy brand with West for almost a decade, said it would “end production of Yeezy branded products and stop all payments to Ye and his companies”.

The relationship between Adidas and West was already strained. He previously accused the retailer of stealing his designs in a now-deleted Instagram post. He also claimed that he was offered a $1bn buyout by the company to walk away from their partnership.

Adidas’s move follows that of Kering’s Balenciaga, which ditched West earlier this month after the rapper made controversial statements.

The spate of offensive remarks began during Paris Fashion Week earlier this month when West wore a shirt that said “White Lives Matter”.

He also said during a recent podcast interview with Drink Champs, which has since been removed, that Jewish people “own the Black voice” because of all the prominent Black people “being signed to a record label, or having a Jewish manager, or being signed to a Jewish basketball team, or doing a movie on a Jewish platform like Disney”.

Adidas’s decision comes as the brand searches for a successor to chief executive Kasper Rørsted, who announced his early departure this summer after some large shareholders became dissatisfied with its performance.

The Yeezy line of sneakers has turned into a significant source of sales and profit for Adidas. While the company does not disclose the figures, analysts estimate it accounts for 8 percent of total sales.

Adidas put its longstanding tie-up with West under review earlier this month after “repeated efforts to privately resolve the situation”, the company said in a statement. 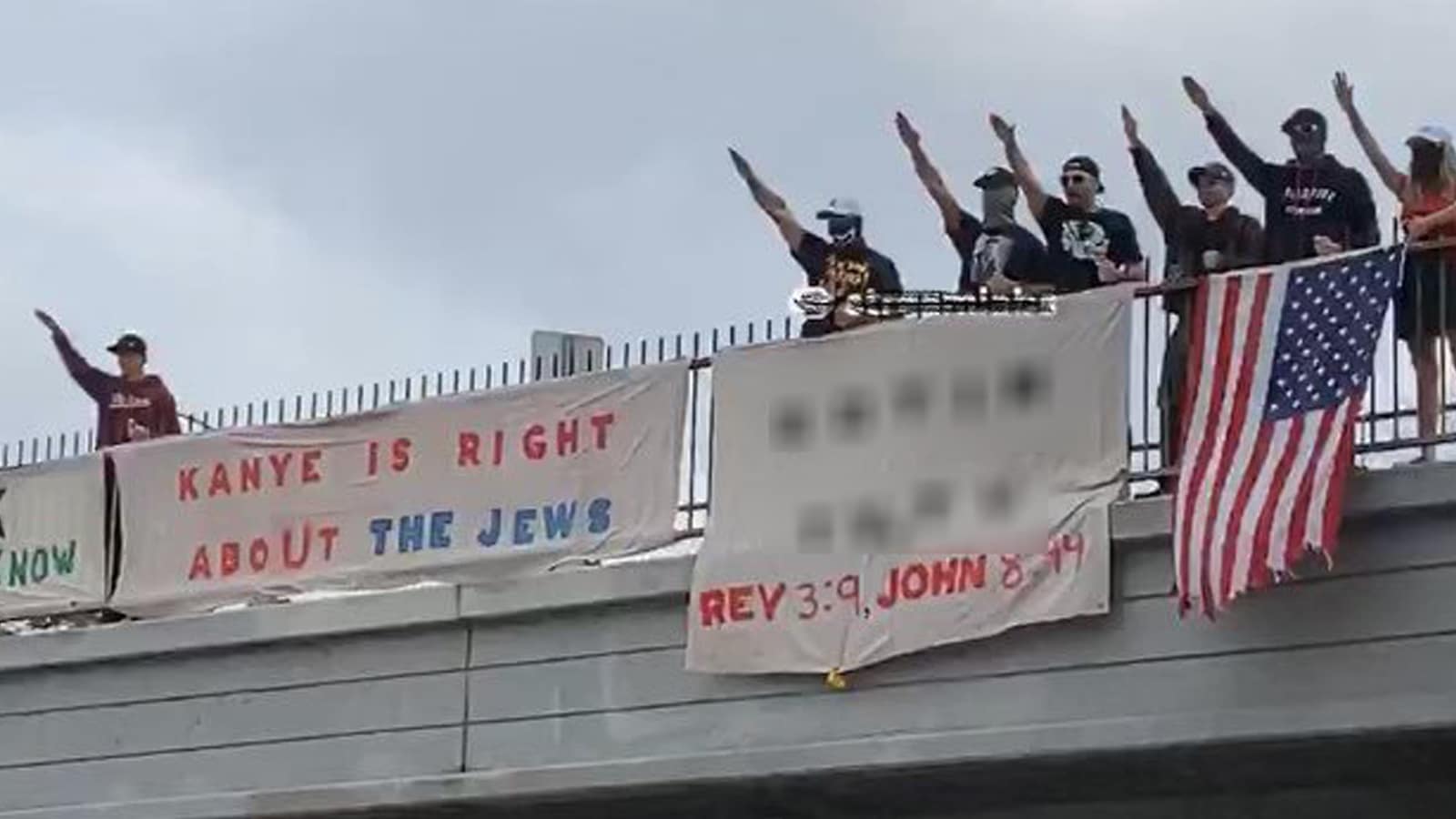 Back in 2016, it said its work with West was the “most significant partnership created between a non-athlete and a sports brand”. The group said on Tuesday it was “the sole owner of all design rights to existing products as well as previous and new colorways under the partnership”.

Ahead of the decision, the Central Council of Jews in Germany had lambasted the company. “I know sneakers are a big business, but on an issue of anti-Semitism this is cannot be an obstacle for doing the right thing,” the council’s president Josef Schuster told the Financial Times, calling the issue “a litmus test for the company”.

Schuster also pointed to Adidas’s historic responsibility as the German company had been “enmeshed with the Nazi regime and benefited from it”.

Again, this may be a strategic plan by Kanye to take over the right-wing world.  Maybe he wants to be the next Trump?   Or maybe he’s just a racist bigoted jackass?

I mean, White Lives Matter?  Parlar?  Aligning with White Nationalists?  He must have some really strange advisors because it just cost him mad $$ or  Mr. Kanye is shrewd and will emerge as the new leader of the right-wing extremists!  President Kanye 2028?

Stay Tuned because this war between an enlightened diverse society and globalization versus right-wing nationalism continues and this Kanye thing is just the latest manifestation. What next?