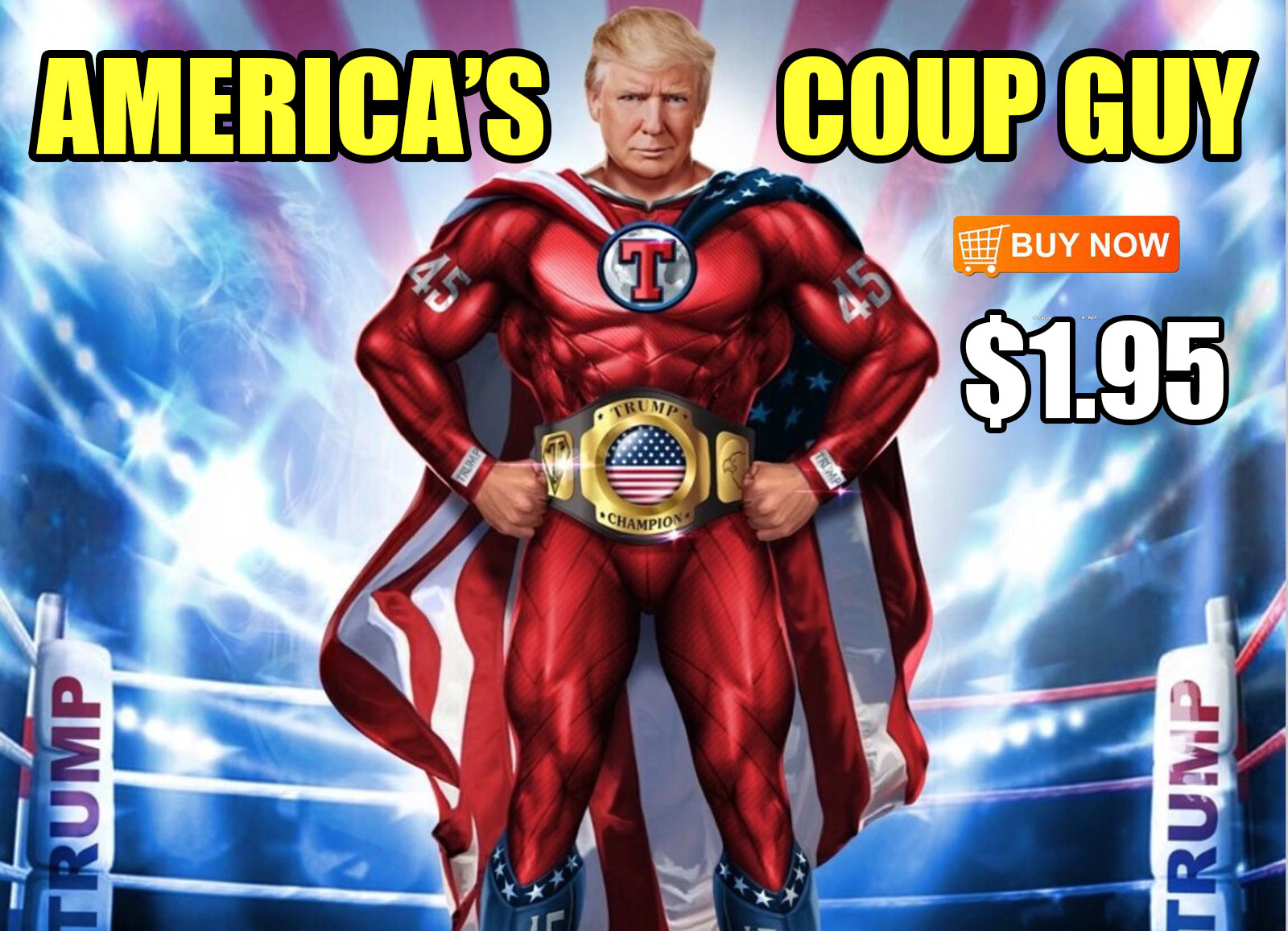 This week, Peru’s President was impeached and arrested after he attempted to dissolve Peru’s Congress.  But PERU got rid of its Coup Guy. It was lightning fast and immediate

But in the USA, Coup Guy is free to sell worthless NFTs to the peanut gallery.  He’s still laughing all the way to the crypto bank!  It’s hilarious!

Until your Coup Guy goes to jail, you’re as corrupt as any Banana Republic. Being here in Mexico, we mostly hear from Americans who incessantly bitch that Mexico is corrupt blah blah blah…. really?  This is NOW laughable; a running joke from Merida to Mexico City, from Guadalajara to Tijuana, it’s hilarious because all Mexicans know that their government is corrupt. But Americans?  Well, they are just figuring it out.

I mean, it’s been 2 years and so far, the best the USA can do is a criminal referral to a DOJ that is clearly dodging and hoping Coup Guy just dies first so the public can drop the subject and they can go back to kicking average Joe around to fill its for-profit jails.

Come on!  In an earlier America, he would have been arrested within weeks, tried, and hanged by Friday!

A MATTER OF CHARACTER or LACKTHEROF

DYING FOR ONE’S COUNTRY AND VALUES vs. EXPLOITING IT FOR ITS WEAKNESS

No matter, today, we saw Republican Liz Cheney of the Jan. 6th Committee outline her family’s commitment to the USA as her direct Cheney ancestors fought for the UNION during the Civil War, somewhat like how she’s fighting this new failing Confederacy 2.0 led by Stonewall Trump.

Of course, it strikes me that Coup Guy, or shall I say DRAFT DODGER Sore Loser Coup Guy’s grandfather Friedrich Trump was also a DRAFT DODGER who ran from the German draft.  When Herr Trump returned to Germany thinking it was safe, he was kicked out of the country losing his citizenship; which was to our detriment because he ended up in the USA running a brothel in San Francisco and seeding what would become a family of grifters, racists, bigots and profiteers ending with the ascension of the craziest and dumbest of all, America’s # 1 worst citizen, the newly minted CRIMINALLY REFERRED Donald J. Trump.

Coup Guy Trump is the very first former U.S. President to be labeled and sanctioned as a criminal who openly, in full public view, committed egregious crimes against the United States of America attempting to overthrow WE THE PEOPLE.

Gotti was able to skate from what seemed like 1000 trials and prosecutions before the government finally landed its death blow and sent him into oblivion where he eventually died a forgotten man.

But this feels different.

Like Gotti, Roy Cohn Trained Trump used mob boss tactics to intimidate witnesses. But Gotti never had a Supreme Court Justice in his pocket.  And he certainly did NOT have a direct phone line to the Federalist Society and order up a Federal Judge to delay his court hearings on his lovely classified documents case.

So Coup Guy clearly has people in high places that will protect him. And besides, when was the last time you heard of a “billionaire” going to jail?

Now, I just checked with my sources in Vegas and they tell me the con man known as JOHN BARRON, JOHN MILLER, CAROLIN GALLEGO, and DAVID DENNISON legally known as Donald J. Trump, is still a 2-1 favorite to skate on all investigations.

They cite loyalist insiders and paid-off weaklings in power positions will protect him.  Really?  Do they mean people inside the Department of Justice?  Its’ not clear yet!

But it’s clearly in the DOJ’s hands now.

So will they actually follow up and indict this psycho-maniac?  Will the world get a new must-watch Netflix Series “The Trump Trial”?

Or will history show that there was an opportunity to confirm the USA as the true leader in the free world where NO ONE was above the law but gave it up for an NFT Salesman Sore Loser Coup Guy?  Stay Tuned.